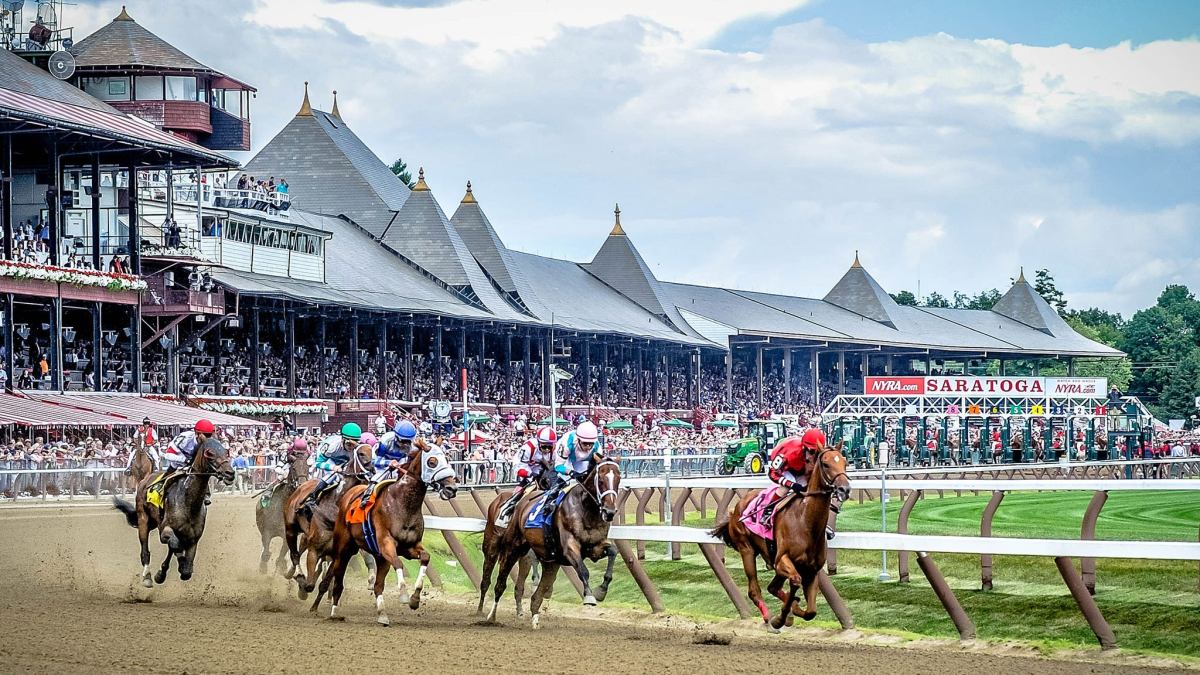 Wednesday’s 9th race from Saratoga is the Grade 3 With Anticipation Stakes for two-year-olds traveling a mile and a sixteenth on the racecourse (Post Time 5:39 p.m. ET).

# 3 GOOCH GO BRAGH (4-1) rallied for the place from within the post in his local grass path debut on Aug. 7. Todd Pletcher has actually had a lot of success in this race, and this one should have more to provide and could easily earn his diploma in this juvenile turf stakes route.

# 4 Portfolio Business (9-5) chased slow splits from second, took over, and prevailed by less than a length as the preferred in his local turf route bow on the outstanding ground July 17. Chad Brown stands out with his current graduates attempting winners for the first time.

# 1 Limited Liability (7-5) rallied from the back of the pack and kicked well, evident in his winning course/distance bow on July 31. Shug McGaughey’s late runner has some skill and might quickly take this. However, there is no reason to take such a brief cost on the winning end in a race with many gently raced runners.

# 6 Coinage (6-1) is a New York-bred colt extending and switching surface area. Mark Casse and company paid $450k for the kid of Tapit, and Medaglia d’Oro is the damsire, so two turns ought to be to his preference.

# 5 Kavod (15-1) fired in two of his four dirt sprints, including a runner-up surface in the Tremont Stakes. He eliminates blinkers and tries a turf path, and the dam has produced three grass winners.

# 2 Silipo (15-1) chased the rate from the outside post and pressed away in the lane in his local dirt sprint bow on Aug. 15, and Bruce Brown declared for $40k that day. He stretches out on the grass and is most likely the one to capture.

# 7 All Set To March (30-1) wired the field in his dirt sprint launching at Finger Lakes. The bargain $5k Keeneland sales grad will most likely attend the speed.