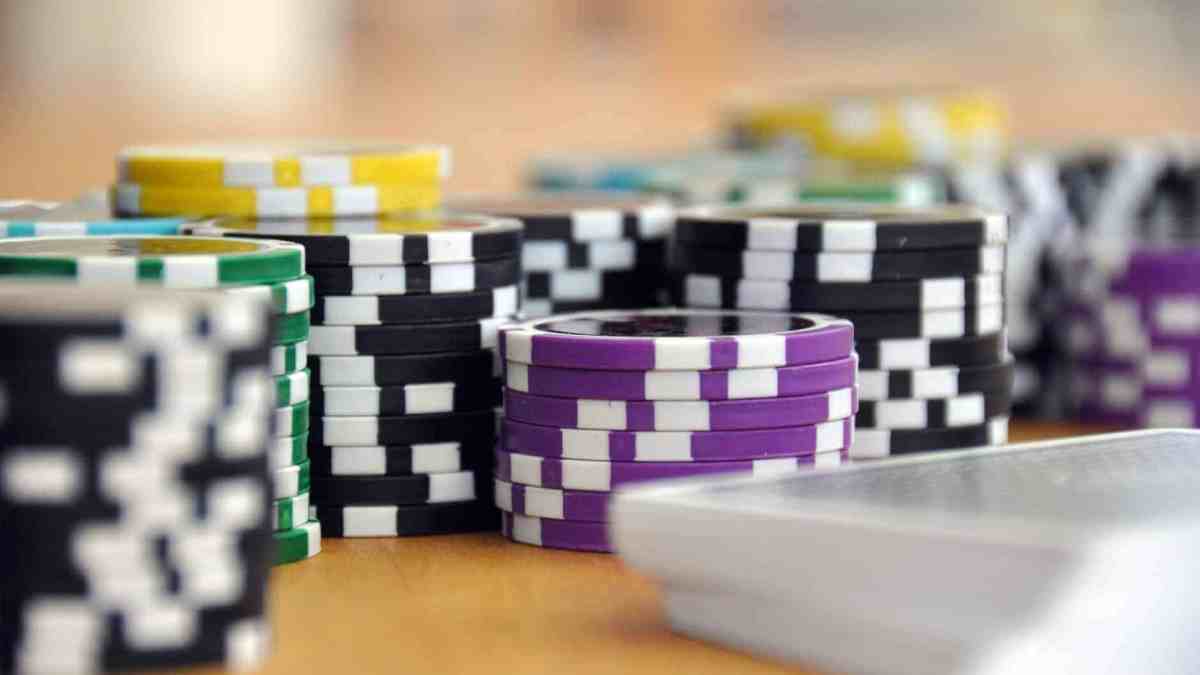 1. “The Heater” (aka Playing Streaks)
The problem with this is that, although there are streaks in short-term results when gambling, you can not use the past to determine the future. A “Heater” is only visible in hindsight. A card counter isn’t looking at past wins and losses (independent events), but is keeping a “count” of the types of cards that have been dealt because that information has a direct impact on what cards remain to be dealt (dependent events).

Unfortunately (or fortunately if you’re a card counter), there’s no source OUTSIDE of math that’s on your side. And playing “streaks” has nothing to do with math.

2. Betting More when you are “Due”
The flip side to betting more when you’re on a “heater” is to bet more when you are “due.” But again, this is using past independent events to try to predict the future. And the dice, cards, slot machine, and roulette table have no memory.

So unfortunately, you’re NOT due… the casino is due. You have to understand that casino executives know exactly what they’re doing. “rolling dice” in their executive meetings when they spend $20k for brand new slot machines and adding frozen crab to the buffets on Friday. They know that the odds are against you, whether you have won the last 10 hands or lost the last 10 hands.

Think about flipping a coin. You get tails twice in a row. Are you due to get heads? Are your chances increased? NO.

The reason card counting is so different is because you are betting more when the odds (aka math) is in your favor. It doesn’t mean you will win those hands, but that if you play long enough, you will win more money during those hands that give you the advantage. It’s like buying low and selling high.

3. Leave when you’re up
This is true only if you decide to never come back!

It’s easy as a gambler to look at sessions individually, but the reality is you should look at your life in a casino as one giant session.

As a gambler, each session is playing without the advantage. You will “get lucky” some percentage of the time, but the more hours you gamble over your lifetime, the more you are guaranteed to lose overall.

SOOO, you might as well just save yourself the gas money and lose it all right now. It would be more efficient.

But then again most of you are not at a casino for efficiency. You’re there for entertainment. Which is ok, but then leave when you’re done being entertained…not “when you’re up” because over a lifetime long session I guarantee that you won’t be.

I’ve sat next to a guy who was trying to teach me how to think the value of the dealer’s undercard into existence, stating quantum theories and abstract philosophies as proof that such powers do exist. Fellow gamblers don’t want you jumping in and out of shoes or changing the number of hands your playing because you will somehow screw up the cards.

In order to be a successful blackjack player you have to realize that this is all nonsense. The cards are shuffled and everything is completely random.

There is an near infinite sequence of cards that can come out of a six deck shoe and the only thing that you can be sure of is that mathematically the more you play blackjack the more you are going to lose because the casino has the edge.

The only weapon a blackjack player has at his or her disposal is to use a system of counting to know which cards have come out of the shoe, and thus, which cards have a higher probability of coming out next.

If the shoe is saturated with high cards, the advantage shifts to the player. So if you play perfect basic strategy blackjack when there is a disproportionate amount of high cards left then you will win in the end.

Don’t try and pretend like you have a read on the cards, or a system, or an eye for patterns. These are just excuses to justify gambling.

5. Believing the other player “screwed up the hand”
No, they didn’t.

“But he took my card. And because of that I lost.” And he probably did. But there is an exact 50/50 chance of the person next to you helping you as hurting you. It doesn’t matter if they’re a pro, drunk, a kid, a robot, or a kitten.

The reason you’re losing is because the game is designed with an edge against you, and it’s not the other players that give the game it’s edge… it’s how the rules of the game are set up.

You can run computer simulations of the other players playing perfectly, horribly, or even playing without other players. You know what? The math works out EXACTLY the same.

Here’s the bottom line with a casino. Everyone is losing. AND everyone is looking for someone else to blame.

6. Thinking someone can always win
When people hear that I’m a professional card counter, it’s not uncommon to hear a response like this: “That’s cool. My uncle/grandma/friend always wins at craps.”

He loses more than he wins (as you cannot beat craps over the long haul).

Besides, no one always wins. The best card counters win about 55 times out of 100.

If you really think your uncle wins, ask to see his bookkeeping. The problem is that gamblers usually talk about their wins and for deep psychological reasons, they tend forget to mention their losses. I don’t say this to be unkind, but it’s the truth.

Watching someone win doesn’t make them a winner. Seeing their (honest) results after 1,000 hours of play in a casino is the best way to determine a “winner” or a “loser.”

There needs to be a mathematical way to create value. If someone can’t explain to you why their system creates value (using math or computer simulations), then it doesn’t exist.

See also
What's So Amazing About Gambling in Las Vegas?

7. Blaming the casino of cheating
The casino doesn’t cheat.

They didn’t have to. The odds are stacked in their favor. They know this.

The house always wins (in the long run). Them winning, it’s not called cheating, it’s called having the “edge.”

When gamblers blame the casino of cheating it is proof that the casinos don’t need to cheat, because those gamblers don’t even understand what a casino is, why you’re losing, or what it would take to win.

8. Believing the dealer was “just lucky”
It’s not called luck when it wins billions of dollars, every month.

“Luck” is simply variance. Which rules out over time (and cannot be predicted). Dealers aren’t lucky or unlucky. And even if they were, that info can’t be used to your advantage.

Well, it works for small wins most of the time, but you are GUARANTEED to have a session where you lose 8, 9, 10 or even more bets in a row.

Again, every single person does has a “system.” The only problem is that any system other than card counting doesn’t work.

“Every system is perfectly designed to achieve exactly the results it gets.”

If it works, it’s going to take at least as much work or ingenuity as the casino puts in to take your money.